More Than A Century Of World-Class Experiences

Claresholm has produced more than a century of world-class people and experiences. This rich heritage stems from agricultural roots that continue to shape the Town today. Claresholm has played a role in supporting the war effort of both World Wars and other conflicts, championing human rights, and much more. To learn more about the people and events that have shaped our community, visit the Claresholm & District Museum or the Claresholm Public Library.

Our People, Our Pride 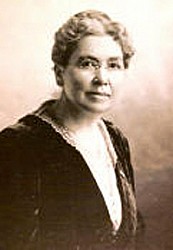 Louise Crummy McKinney is perhaps Claresholm’s most famous citizen. A former schoolteacher and temperance organizer, Louise came to Claresholm with her husband in 1903, just as Claresholm was incorporated as a Town, and soon she became involved in women's rights here. McKinney was the first woman member of the Legislative Assembly of Alberta and the first woman elected to a legislature in Canada and the British Empire.

She served as MLA for the Claresholm constituency from 1917 to 1921, representing the Nonpartisan League opposition. Later, she was one of the Famous Five group of women who successfully pursued the right of Canadian women to be appointed to the Senate.  A garden is dedicated to her at the Museum and a plaque commemorates her at the Canada Post Office. For more information about Louise McKinney, visit the Claresholm & District Museum.

Mayor Ernie Patterson was named one of the province's "political powerhouses" by Alberta Urban Municipalities Association (AUMA). "When it comes to extracting money from the Alberta Government, few lobbyists have proven as persuasive with the Klein Tories as Claresholm Mayor Ernie Patterson," the magazine writes.
Claresholm Local Press July 14, 2004

Jill Besplug is the daughter of Neil and Ginger Besplug. She grew up in Claresholm and as a U of Lethbridge student won the Calgary Stampede Women's Barrel Racing for two consecutive years (2001 and 2002).
Jill is a quiet young lady who loves to ride. She has been riding most of her life, and has been competing since she was three years of age. In 1995 Jill won top honours in the goat tying event at the CGRA. In 1996, when she was 13 years old, she won Canadian Girl's Rodeo Association Junior All-Around Title.
Jill married Graham Bishop from Stavely and is attending medical school.

At a ceremony held June 13 at the Coast Plaza Hotel in Calgary, Ruben Hartfelder, Harold Seymour and Hugh Thompson were honoured with the Fire Service Exemplary Medal. Normie Kwong, Lieutenant-Governor of Alberta, was on hand to present the award for recognition of 20 or more years of service. It is a national award presented on behalf of the Governor General.
Claresholm Local Press Aug. 3, 2005

Glen Prusky is the son of Marvin and Barbra Prusky. He attended school in Claresholm and graduated from the University of Lethbridge with a B.Sc. (1986) and PhD. (1989) at Dalhousie University, working in Professor Max Cynader's laboratory, before assuming a postdoctoral position with Professor Martha Constantine-Paton at Yale University in 1990. In 1993, he joined the faculty of the University of Lethbridge where he served until recently as Professor and Chair of the Department of Neuroscience. He joined Burke-Cornell Medical Research Institute, White Plains, New York in 2007.
In his present position Dr. Glen Prusky is working on several new projects: on understanding the nature of adaptive change in the nervous system; understanding the mechanisms underlying experience-dependent plasticity of vision;on developing treatments for retinal degenerate disease; and developing rehabilitative strategies for stroke. Additional projects include investigations of the mechanism underlying visual discrimination learning, visual recognition memory, cross-modal plasticity, and retinal coding.

Entries for Ernie Patterson, Jill Besplug, Glen Prusky, Ruben Hartfelder, Harold Seymour and Hugh Thompson are excerpts from Where the Wheatlands Meet the Range Volume II which was released in 2010.
This and many other interesting information about Claresholm history as well
as many family histories can be found in this 900 page book.
To purchase contact:  Doug Leeds 403.625.2100 or the Claresholm Local Press 403.625.4474.