Municipal Elections in Alberta take place every four years, and 2021 is an Election year.
The Municipal Election will take place on Monday, October 18, 2021.
With recent changes to the Local Authorities Election Act, candidates may submit their nomination papers starting on January 1, 2021 (or the next business day) up until 12 noon on Nomination Day, which is September 21, 2021. 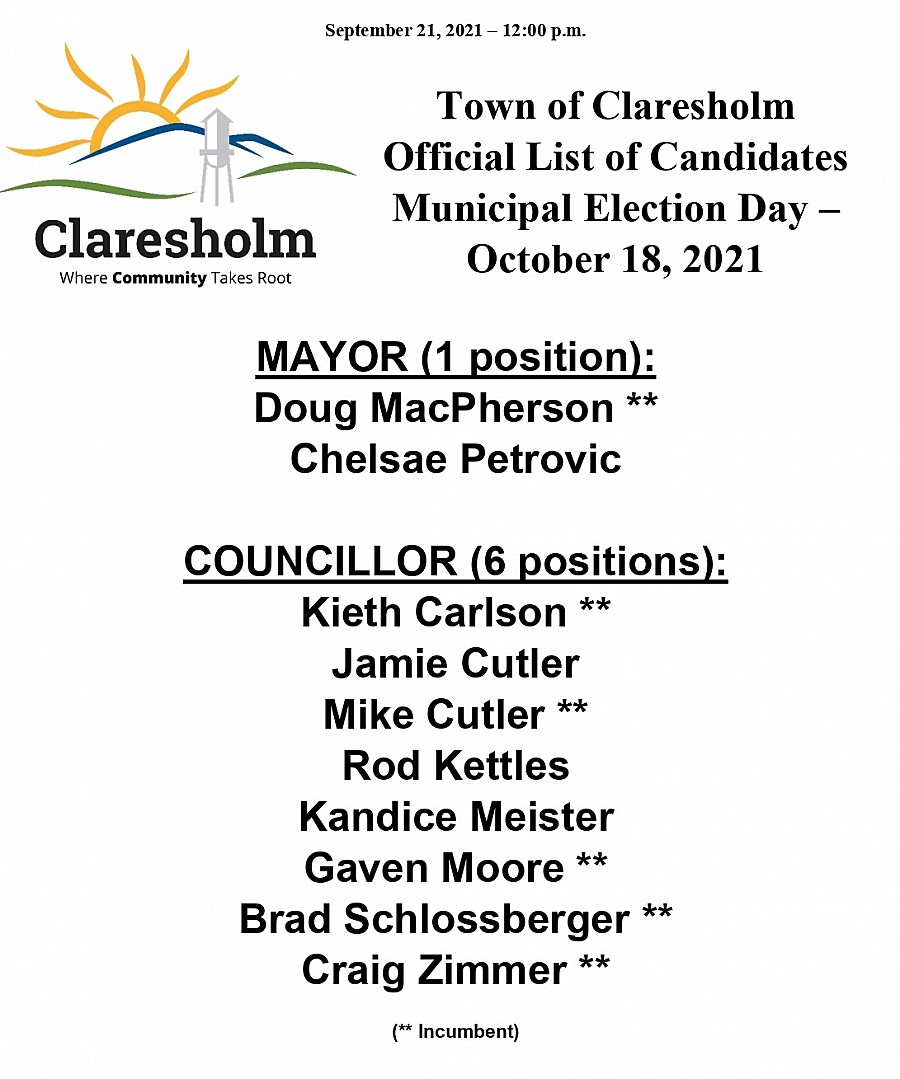