More Than A Century Of World-Class Experiences

Claresholm has produced more than a century of world-class people and experiences. This rich heritage stems from agricultural roots that continue to shape the Town today. Claresholm has played a role in supporting the war effort of both World Wars and other conflicts, championing human rights, and much more. To learn more about the people and events that have shaped our community, visit the Claresholm & District Museum or the Claresholm Public Library.

The War Comes To Claresholm

Following the outbreak of World War II, Canada and Great Britain entered into a partnership to train pilots for the air force – the British Commonwealth Air Training Plan. A site about 3.5 miles from Claresholm was chosen for an advanced training school, and construction of No. 15 Service Training Flying School began in late October 1940 and continued through the winter.

Operations started on June 9, 1941, with a class of about forty young Canadian men arriving to continue their training. Advanced flying was taught using the twin-engine Avro-Anson and the Cessna Crane. No. 15 Service Training Flying School officially opened on August 16, 1941 with an open house and the first graduation. The subsequent courses of student pilots included young men from Canada, England, Australia, New Zealand, and the United States. By the time No. 15 S.F.T.S. closed in 1945, about 2,000 pilots had “received their wings” here.

Today the Airport Industrial Park features a commemorative monument to those who served at No 15 S.F.T.S.
It states in part: "Respectfully dedicated to all officers and ranks who volunteered for active service in any part  of the world and made their contributions to the winning of the World War through devoted service at No. 15 S.F.T.S. in the British Commonwealth Air Training Plan during 1941 - 1945 at Claresholm, Alberta, Canada."

Six years later the school was reopened as No. 3 Flying Training School for the purpose of training NATO pilots using single-engine aircraft such as the Harvard. During the 1950s there were approximately 1,100 R.C.A.F. personnel stationed in Claresholm, including Canadian and international pilot trainees who learned to fly here. The base was officially closed again in 1958.  A Harvard aircraft, much like the ones used during the training, can be found on display at Centennial Park. 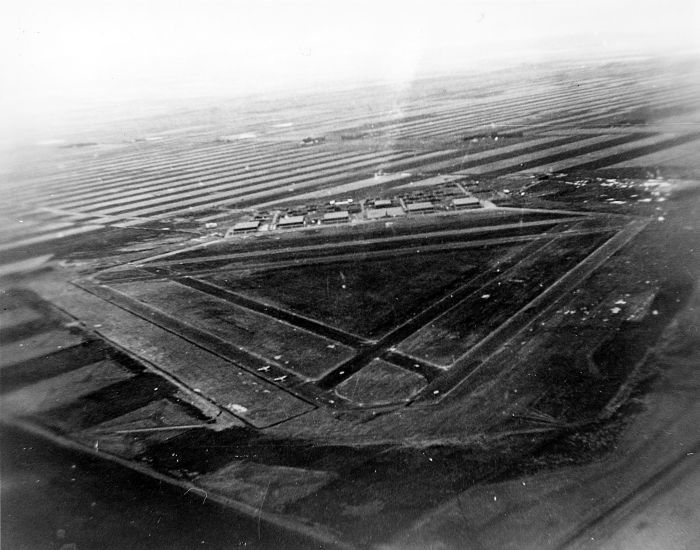 Although the closing of the flying school was a major loss to Claresholm, the air force hangars were subsequently converted to industrial uses and have over the years provided diversified job opportunities for the industrious workers from Claresholm and area.

The Claresholm Airport Memorial (Harvard Memorial)
Located on the intersection of HWY 520 and 4 St. W. in Claresholm
See the webpage here.