A Look In To Our Past

This mural painted by  Doug Driediger (2002) depicts the intersection of ranching and farming at Claresholm. Wheat was the principal crop grown to the east of town, cattle-raising was the principal use of the foothills to the west.

This mural was painted by Keith Holmes and Stan Phelps in 2003 and shows the community coming together in Amundsen Park in the early years of the Town. 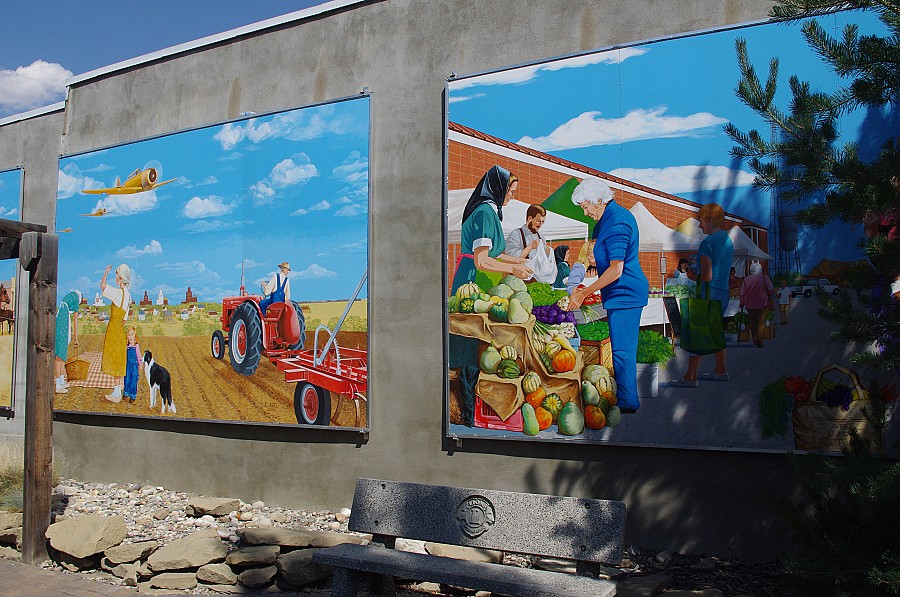 Theme/Title: "Traditional Wisdom, honouring women, farmers, the elders and the Indigenous – to see them not as remnants of our past but as the path to our future."
Painted by local artists C.A. Abel and P.J. Copeland in 2012, the four images feature the history of Claresholm from the time before European contact when the Blackfoot held sway and hunted the buffalo; to the early years of Claresholm before cars were seen on the streets; to the period during the NATO years when Harvard trainers flew over Claresholm daily, training pilots for their missions overseas; and a scene depicting the present including the Hutterites selling their produce at the Farmers’ Market with the water tower in the background.